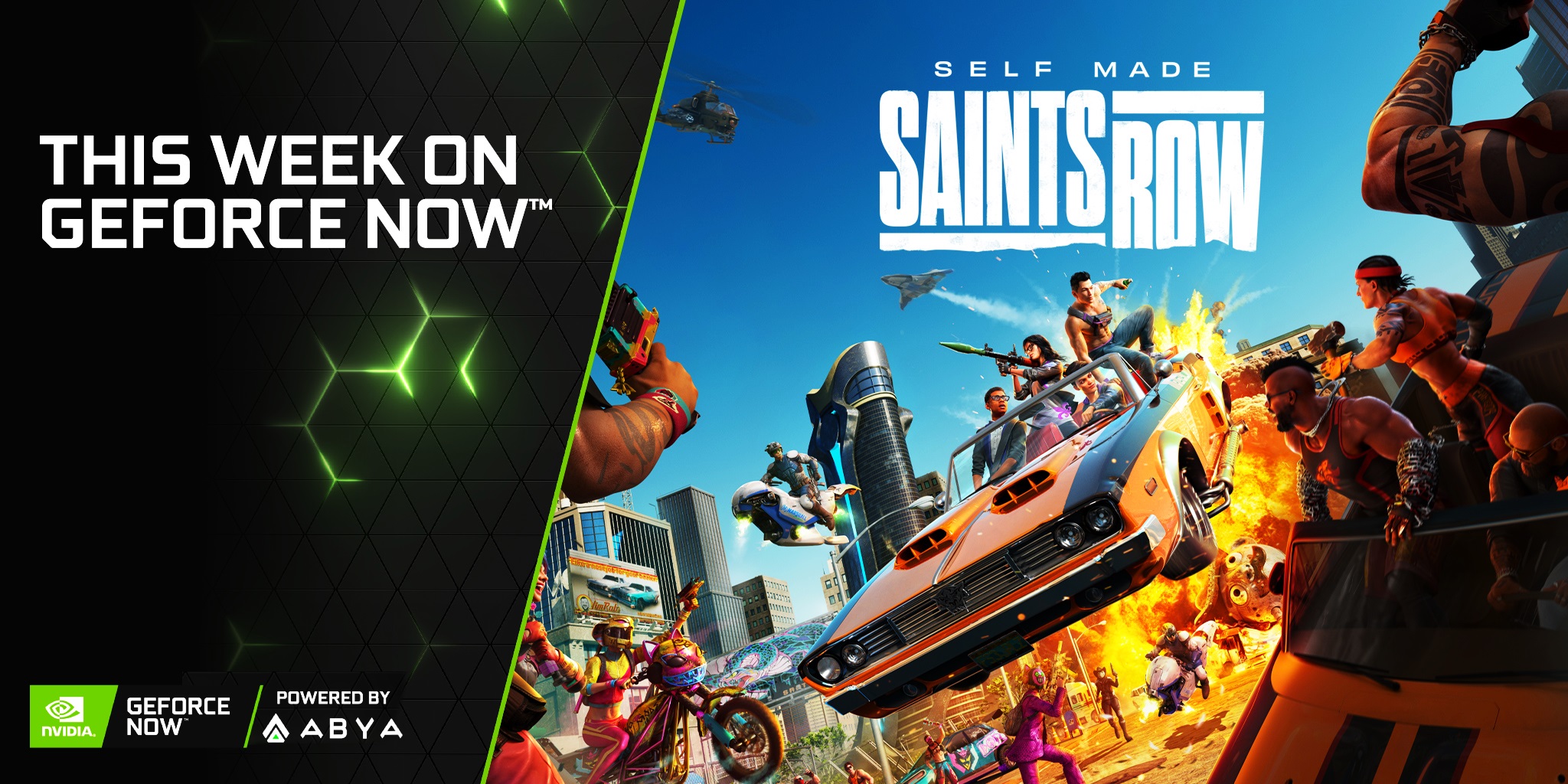 Some weeks, This Week On GFN Powered by ABYA reveals new or unique features. And every week, it offers its members new games.

This week, it’s all of the above.

First, Saints Row marches into GeForce NOW Powered by ABYA. Be your own boss in the new reboot of the classic open-world criminal adventure series, now available to stream from nearly any device.

And don’t forget about the 13 new games joining the GeForce NOW Powered by ABYA library, because the action never stops.

It’s Good to Be the King

Build a criminal empire and rise up from “Newbie” to “Boss” in Saints Row, streaming today for all GeForce NOW Powered by ABYA members.

The highly anticipated reboot of the Saints Row franchise follows the Saints, a group of three gang members turned friends who combine forces to take on three warring criminal gangs in the vibrant new city of Santo Ileso. Players can become whoever they want with the all-new “Boss Factory.” Customize characters, their weapons, vehicles, and more in true Saints Row fashion. Stream every side hustle, criminal venture, and blockbuster mission across PCs, Macs, TVs, iOS Safari and Android mobile devices, and more. Recruiting a friend on a low-powered device into your crew has never been easier.

Plus, without any wait times for game downloads, members can jump right into Santo Ileso and spend more time being a boss. The game runs on AMD Threadripper Pro CPUs for GeForce NOW Powered by ABYA, allowing members to enjoy high-quality graphics.

The launch of game developer HoYoverse’s free-to-play, open-world, action role-playing game on GeForce NOW has been hugely successful, and members can now continue their journeys with their PCs, Macs, or Chromebooks.

Mobile touch controls for Genshin Impact are now available for all GeForce NOW members who prefer gaming on their phones and tablets or only have time to play on the go. Jump in to start playing at PC quality. No downloads or accessories needed – just fingers!

The timing for touch controls couldn’t be better, as HoYoverse just released Genshin Impact’s biggest update of the year, “The Morn a Thousand Roses Brings.” It adds Sumeru, the fourth of the game’s seven major nations, and Dendro, the last of the game’s seven-element system. A new nation to explore and Dendro playable characters to recruit for the first time ever — it’s all available to stream on GeForce NOW from nearly any device.

Learn more about how to use touch controls for Genshin Impact on GeForce NOW.

Check out the 13 new games available to stream on GeForce NOW this week: