"Take a Bite out of Halloween with ‘V Rising,’ Joining GeForce NOW Powered by ABYA" 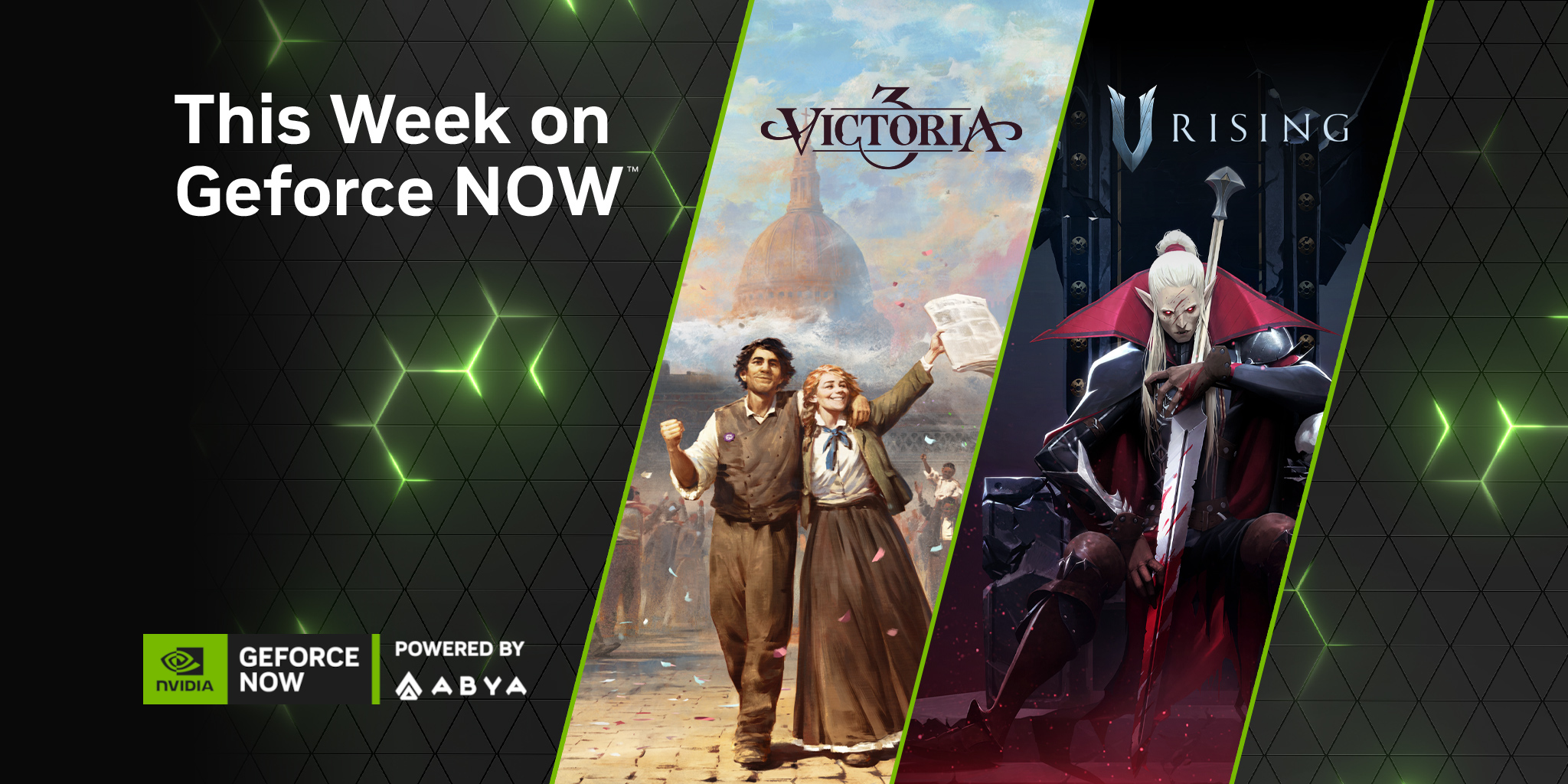 Several sweet new games are coming to GeForce NOW Powered by ABYA in this spook-tacular Halloween edition of This Week on GFN.

Creatures of the night can now stream vampire survival game V Rising from the cloud. The fang-tastic fun arrives just in time to get started with the game’s “Bloodfeast” Halloween event and free weekend.

It leads the pack for 12 total games streaming this week, including new releases like Victoria 3.

Sink Your Teeth Into ‘V Rising’

Awaken as a vampire after centuries of slumber and survive in a vast world teeming with mythical horrors and danger streaming V Rising on GeForce NOW Powered by ABYA.

Raise a castle, gather valuable resources and weapons, develop dark powers and convert humans into loyal servants in the quest to raise a vampire empire. Make allies or enemies online, or play solo in the game of blood, power and betrayal.

No, vampires don’t sparkle. But conquer the world living as one in this gothic multiplayer survival game.

The game arrives just in time for members to join in on the Bloodfeast, where all creatures of the night are invited to play for free from Oct. 28-Nov. 1. V Rising players will be able to claim the free “Halloween Haunted Nights Castle DLC Pack” through Monday, Nov. 7.

Rule the night playing V Rising across your devices, even on a mobile phone or a Mac.

Something Wicked Awesome This Way Comes

Gamers can get right into the frightful fun by checking out the horror and thriller titles included in the Halloween games row in the GeForce NOW Powered by ABYA app.

If games with a bit of a bite aren’t your thing, that’s okay. There’s something for everyone on the cloud.

This one’s for the history books. Balance competing interests to build an ideal society in the transformative 19th century.

Look out for the 12 total games available to stream today, including 3 new releases like Victoria 3.

Additionally, Guild Wars Trilogy, announced previously, will not be coming to the cloud.

Ready for the scary season? Let us know your choice on Twitter.